How to increase the number of participating collectors, which also involve friends and family?

Alzheimer Nederland organizes an annual collection week. The reason is clear: money is needed for research into a solution for dementia. But also for structural help to people who have to deal with the consequences of dementia on a daily basis, from patient to informal caregiver.

To increase the number of participating collectors and involve friends, family and colleagues, we came up with 'Operation Alzheimer: The most sympathetic competition in the Netherlands'.

HOW DOES IT WORK?

During the start of the collection week there will be a march of armed forces where different teams in different municipalities manage to collect as much terrain and money as possible. All this can be followed online. 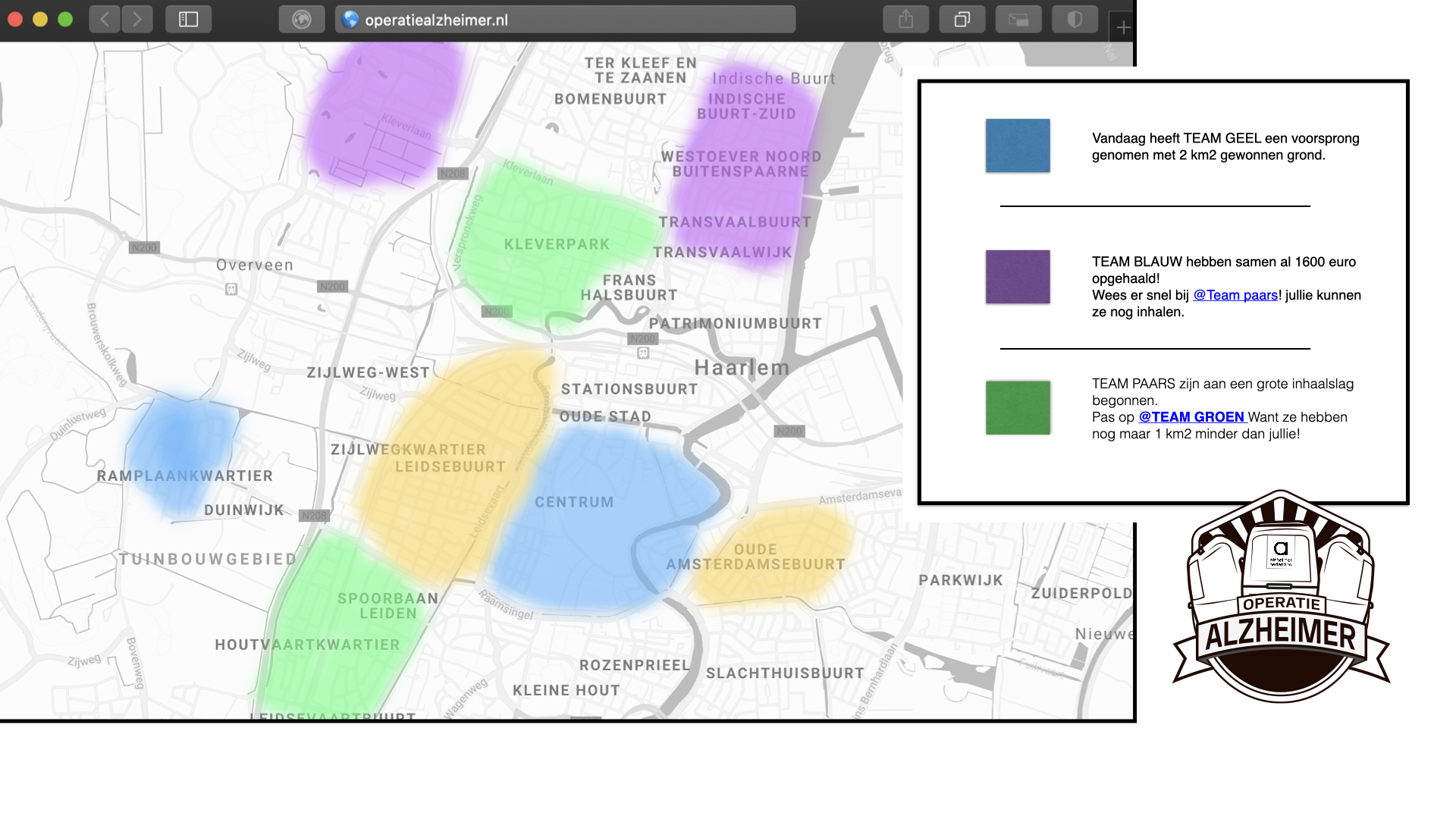 A simple GPS app will keep an eye on the game and keep it up to date. 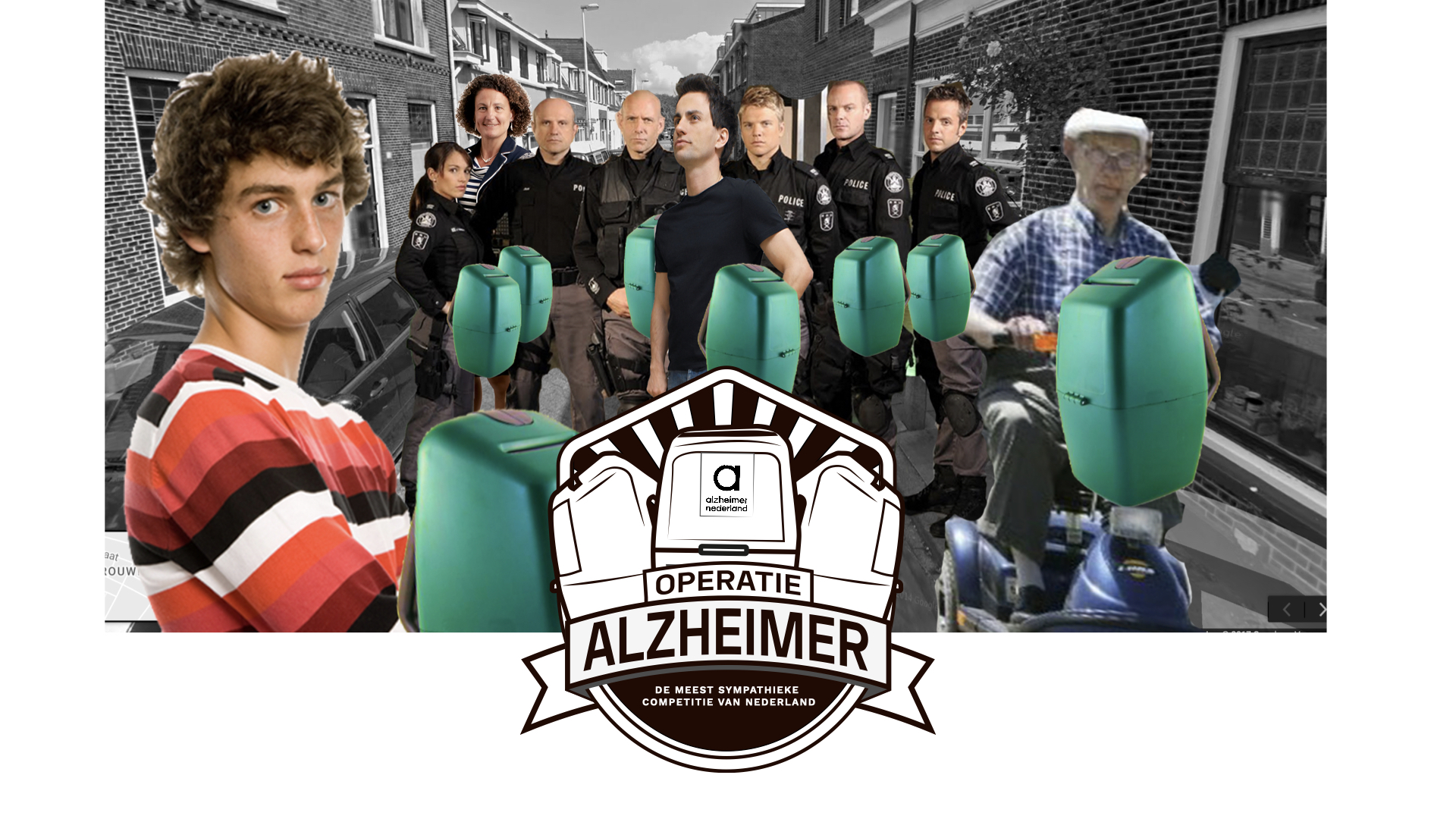 We bring this to your attention with short YouTube advertisements that challenge you in an (action movie) like way to become part of the Operation Alzheimer team near you. There will be stickers that read “Be part of the movement” #OperatieAlzheimer.

A lot of attention will also be paid on social media to the competition and in-depth information will be provided: Many studies indicate that exercise can have a preventive effect and postpones or reduces the chance of developing dementia. So, being a team member of this fighting force is not only something you do for Alzheimer's patients, but also for yourself, because exercise counteracts Alzheimer.