How to raise awareness among a wide audience to bring the necessary need to end the problems of roof and homeless youths?

It is unbelievable that the Netherlands has yearly more than 12,000 young people who roam from place to place. ’Stichting Zwerfjongeren Nederland’, a small organization which stands for the interests of young homeless people, advocates for a better future. For their print campaign they want to increase awareness and knowledge among a wide audience. But above all, they want to call on politicians to take action and do something concrete for these young people.

To show that change is needed and that much more attention must be paid to young people in a vulnerable position, we decided to make a political statement.

On August 9, large advertisements with the text: 'Let us die out', appeared in the NRC Handelsblad and NRC Next. Together with youth teams, experience experts and supervisors, we brought this message to the streets of Amsterdam, The Hague, Rotterdam and Utrecht. This was picked by the media and gave (ex)homeless youths the possibility to tell their story.

Conversations with (former) homeless youth, revealed that the term "homeless youth" does not fit with how they see themselves and that it’s actually a political term. In the campaign we focused on the fact that change is needed and that there must be an end to the problem 'homeless youths'.

2/1 Advert we made. It says: 'Let us die out' - More than 12,000 young people roam in the Netherlands, every year. This must come to an end. Help 'Stichting Zwerfjongeren Nederland' to stop this problem. Visit zwerfjongeren.nl or donate directly. 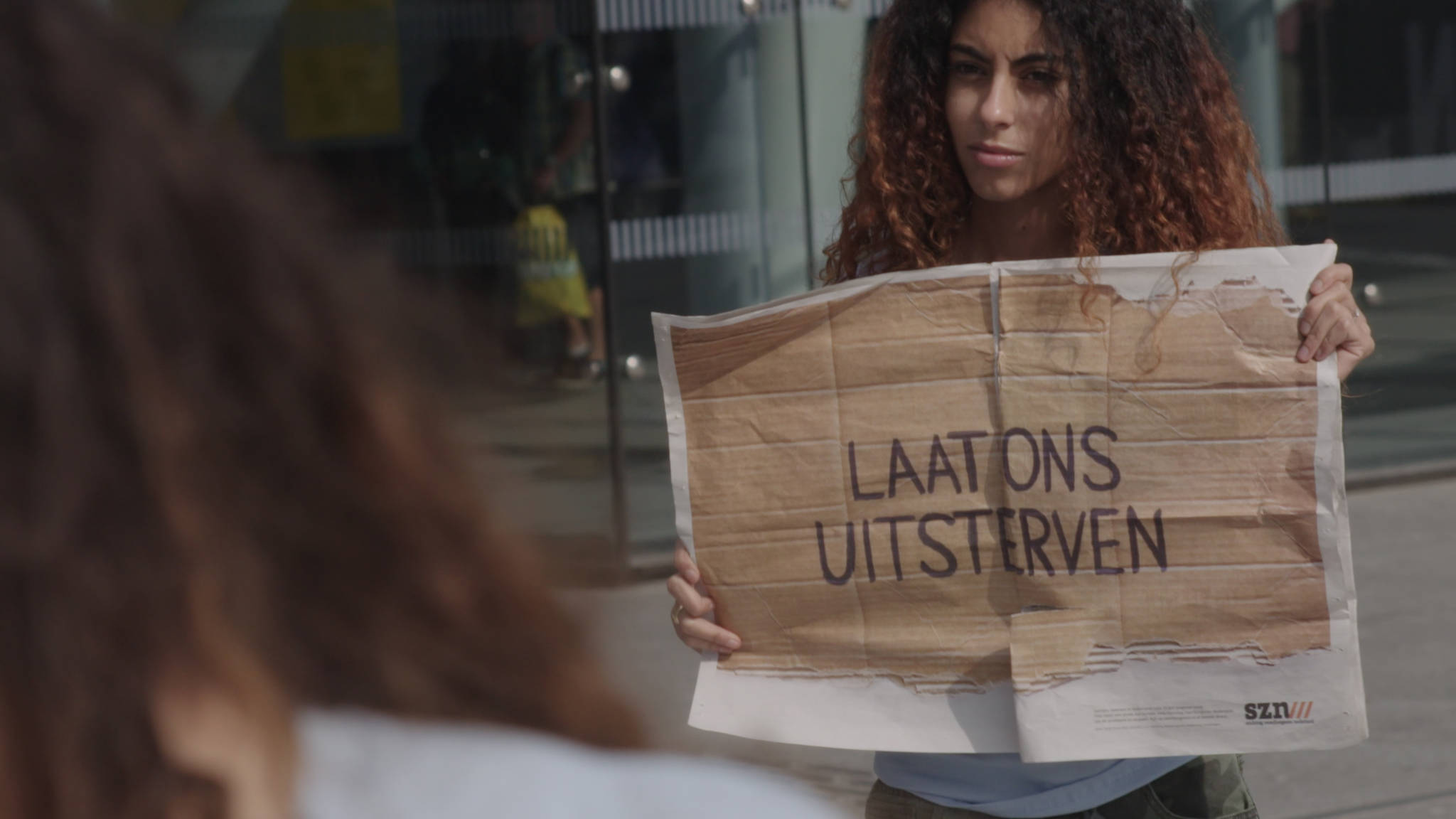 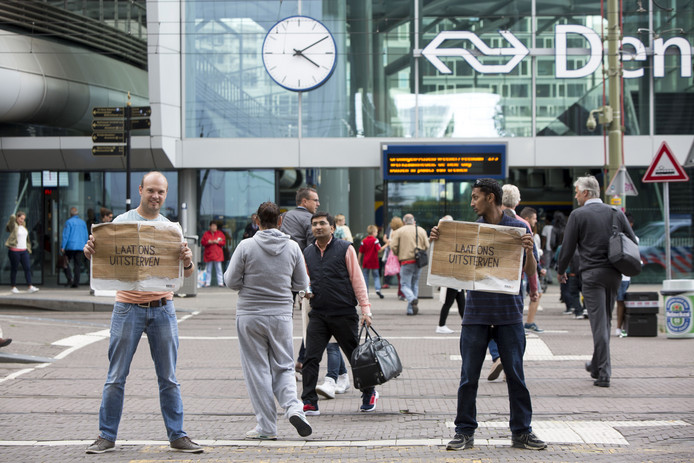 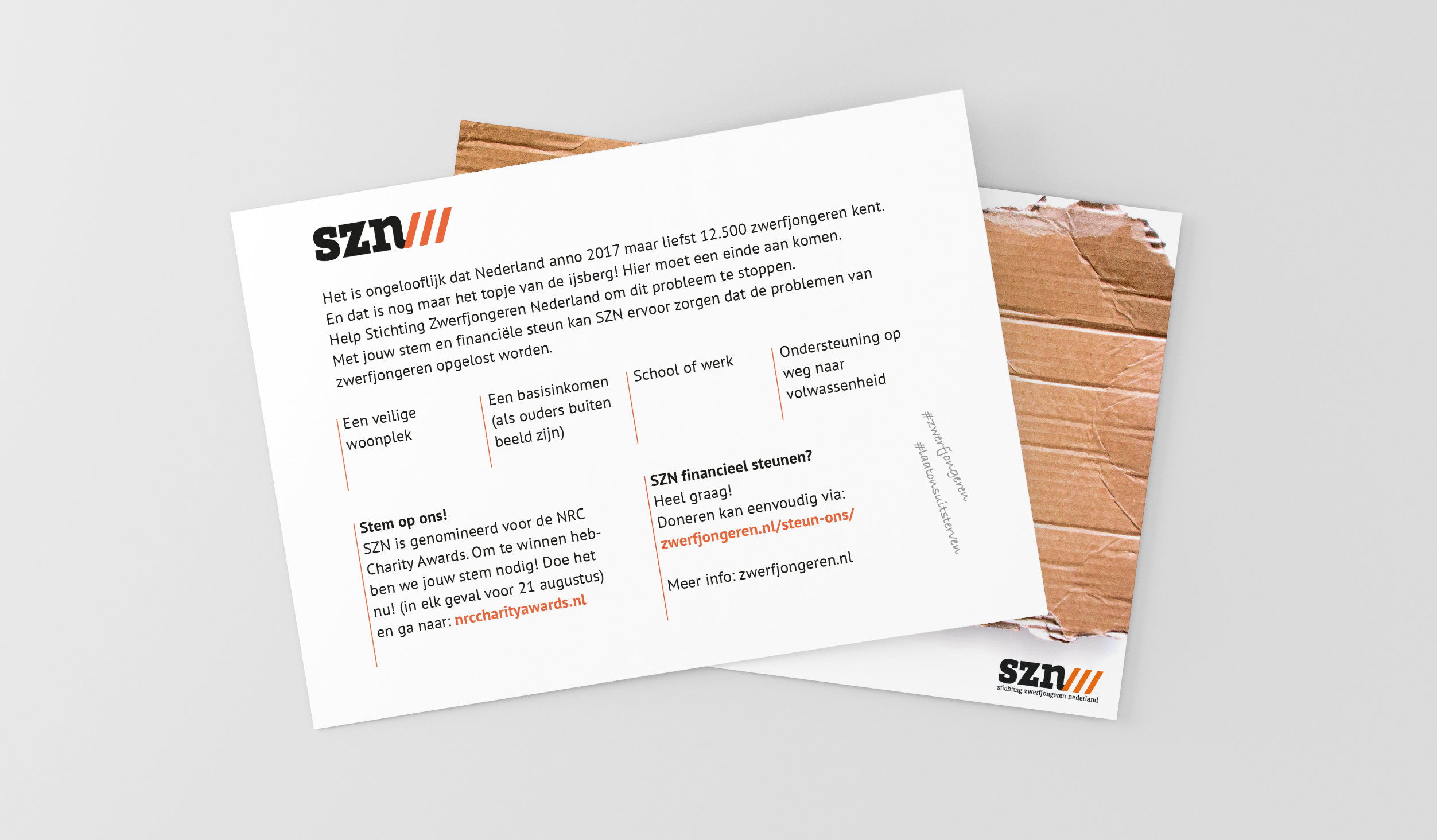 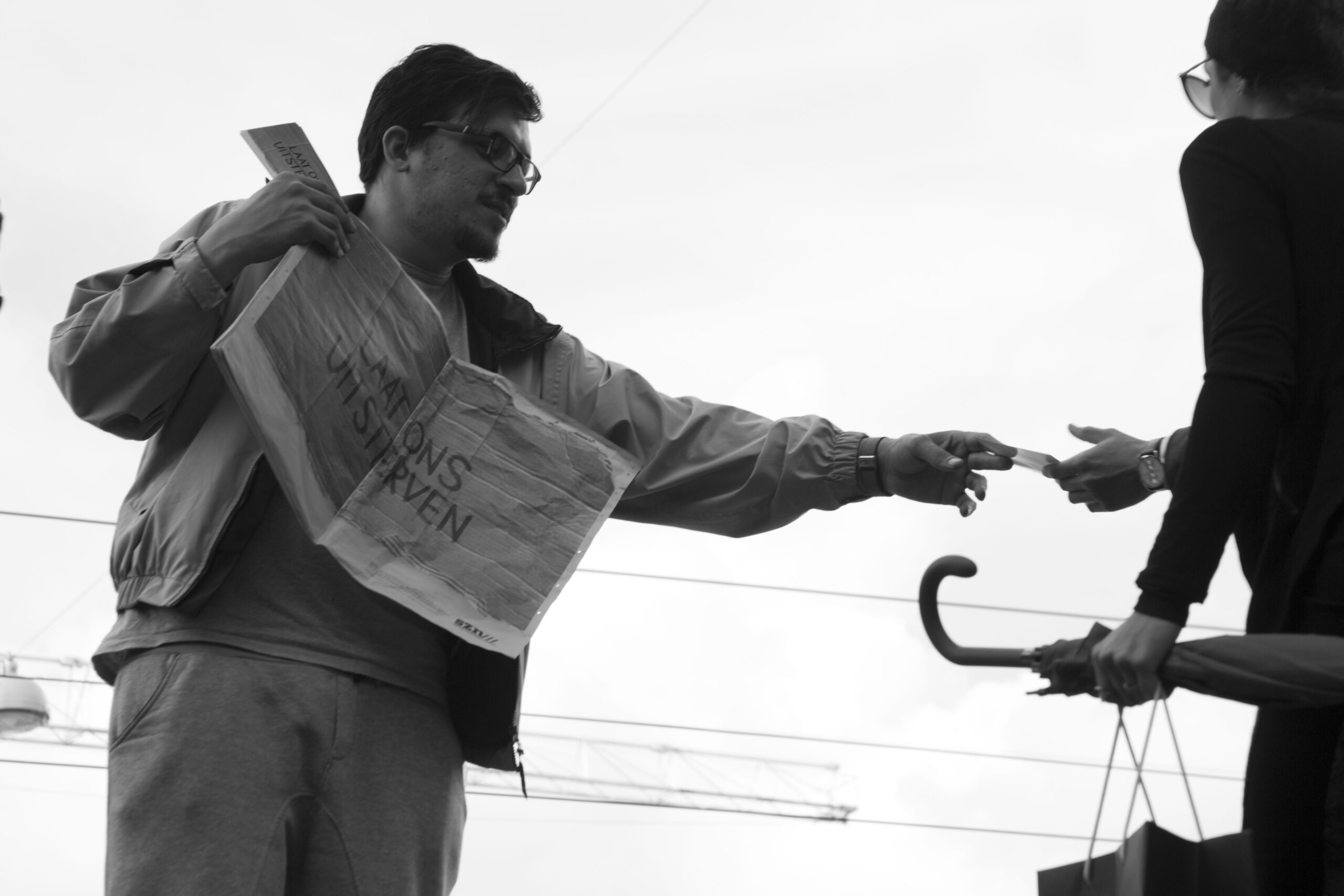 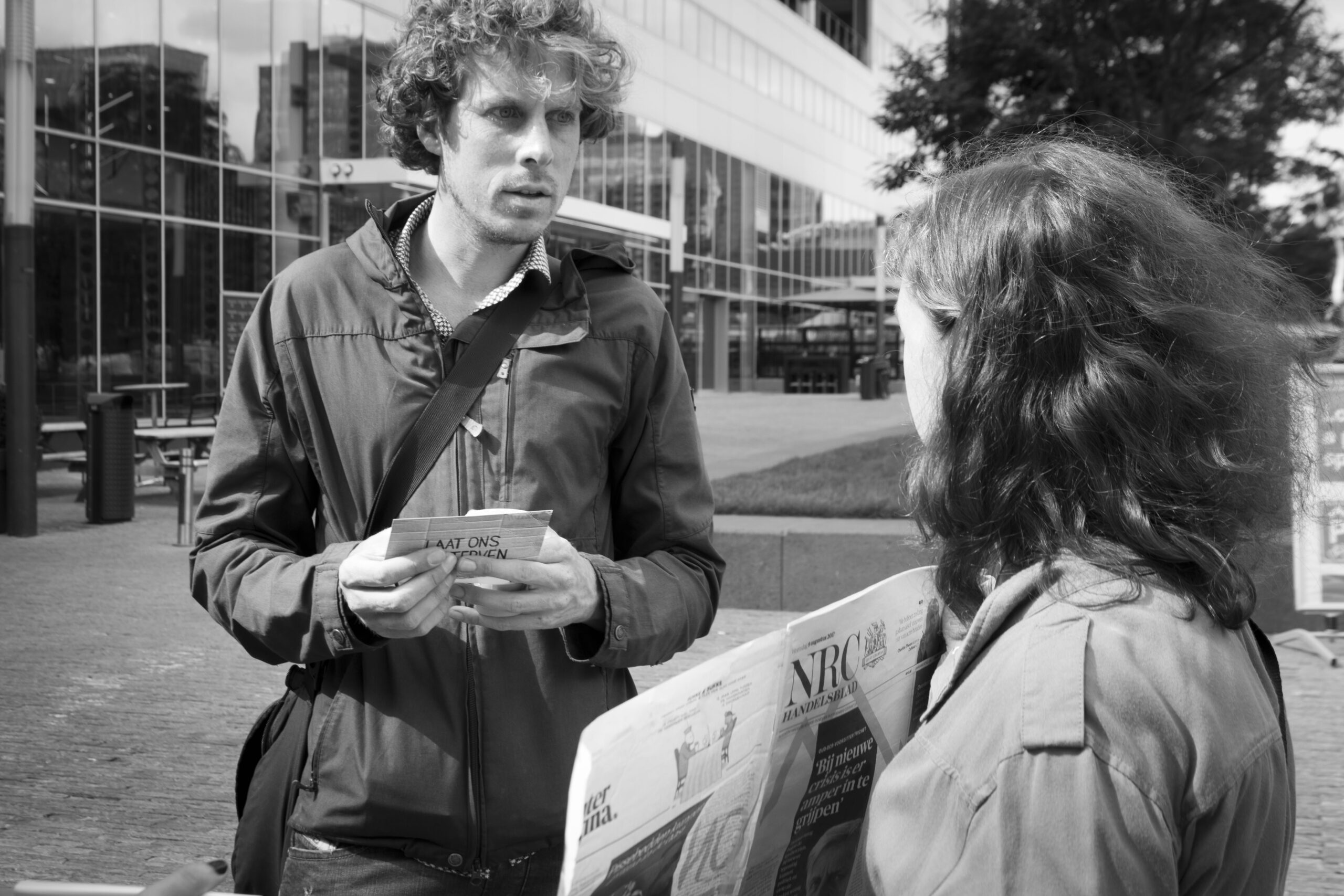 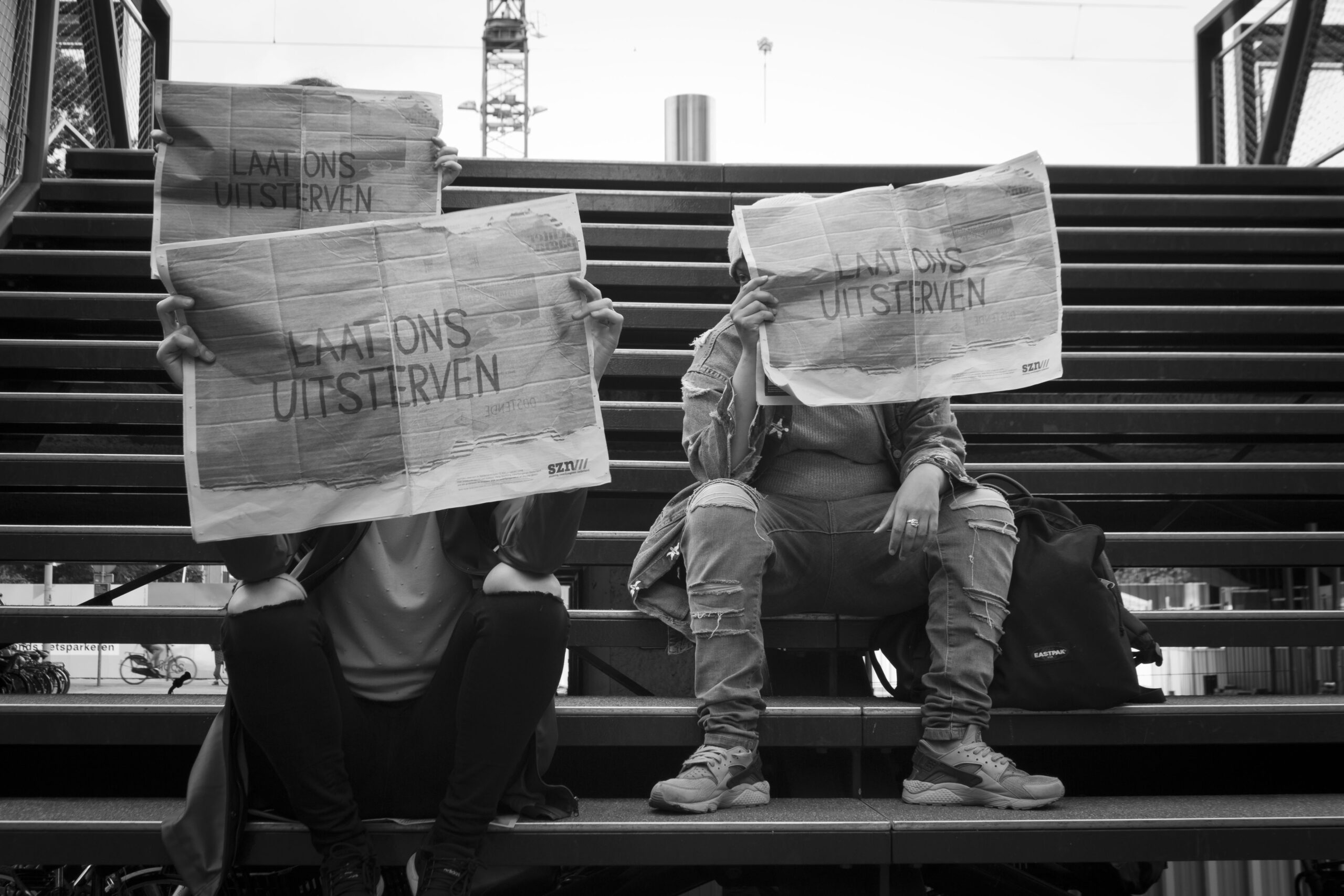 A look back from different media

The advert became part of the NRC Charity Awards 2017 and reached the top 5 (4th place). 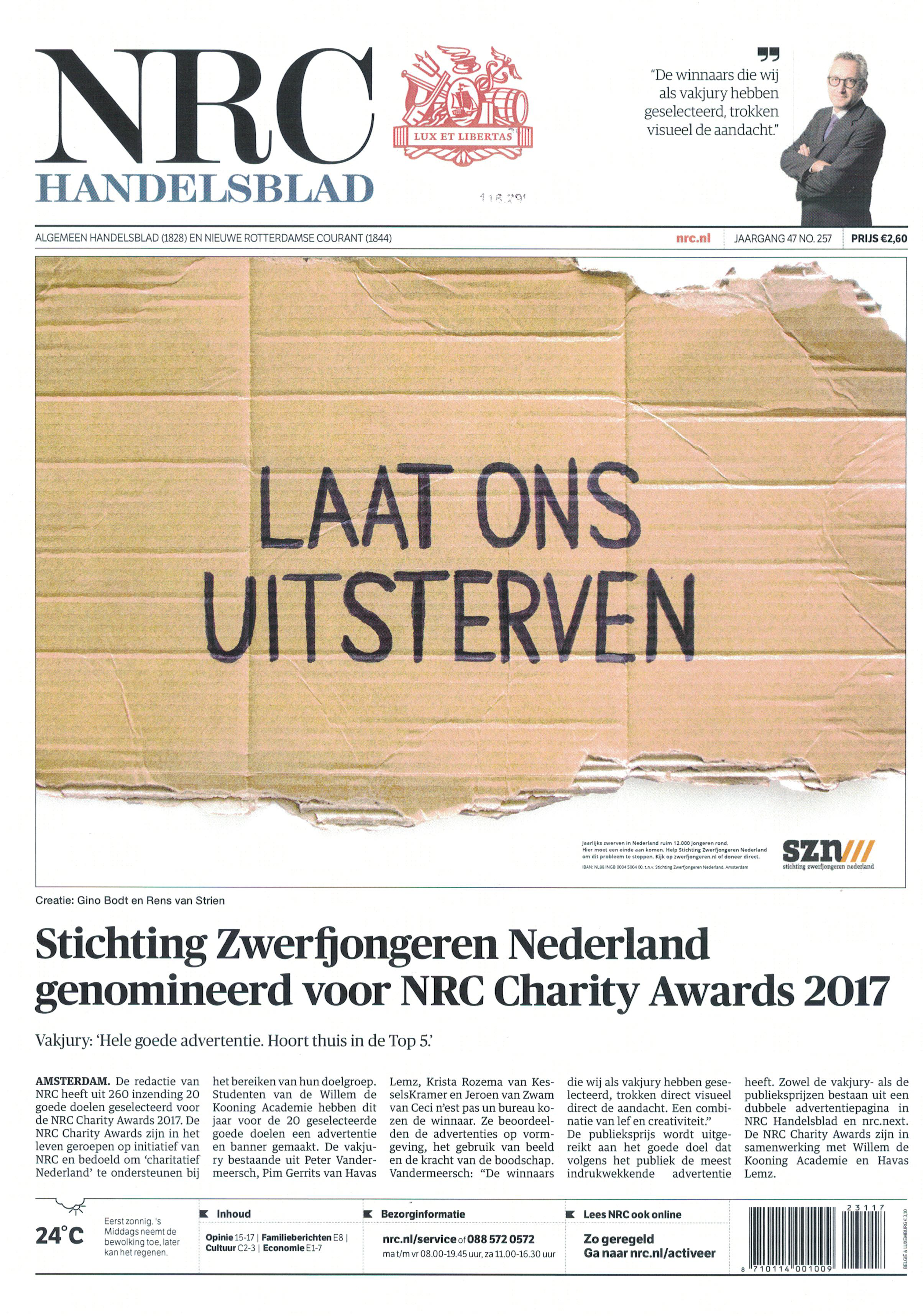